35 Model students enjoyed MAT the most!

More than 300 students of Government 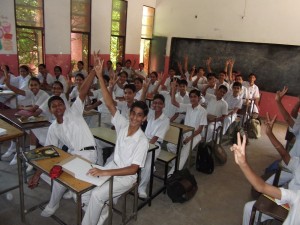 Model Senior Secondary School, Sector 35, Chandigarh took the Mini Aptitude Test conducted today in the school. The students liked the test a lot and some of them were taking such a test for the first time. The Principal also took a round while the students were taking the examination. 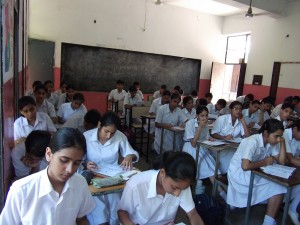 ppearing for the Level 1 (9th and 10th) of MAT. There was PIN drop silence in the 9th-10th wing during the examination. After the test, our team interacted with the students and told them about the importance of aptitude and attitude to become successful in real life. The test had nothing to do with their regular syllabi, so it came like a whiff of fresh air for most of the students.

Charged-up from the enthusiasm shown by the students, we will try to declare the results today itself! When asked, some of the students were hoping to score upto 100% marks… Let’s see!!! 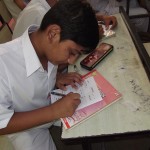 RESULTS: Students will be informed about the declaration of results through SMS. After that, the students may log-on here to check their score and ranks. Copies of the official results gazette will also be made available at the school shortly.